Indiana mSA’S Unemployment Rate Down To 4.8% In July

The seasonally adjusted unemployment rate for the Indiana Micropolitan Statistical Area (mSA) declined half a percentage point over the month to 4.8 percent in July 2022. The statewide rate declined by two-tenths of a point to 4.3 percent and the national rate was lower by a tenth of a point from June at 3.5 percent. Over the year the local rate was down 2.7 percentage points.

Total nonfarm jobs (not seasonally adjusted) in the Indiana mSA were down 200 over the month to 27,500 in July. Jobs in all but one of the nine published supersectors were essentially unchanged over the month. The only significant decline was a seasonal drop of 200 in government. Both trade, transportation, and utilities and other services showed a small gain of 100. Over the year, government jobs declined by 400 with state government and local government splitting that drop with 200 each. The other supersectors were unchanged year-over-year. 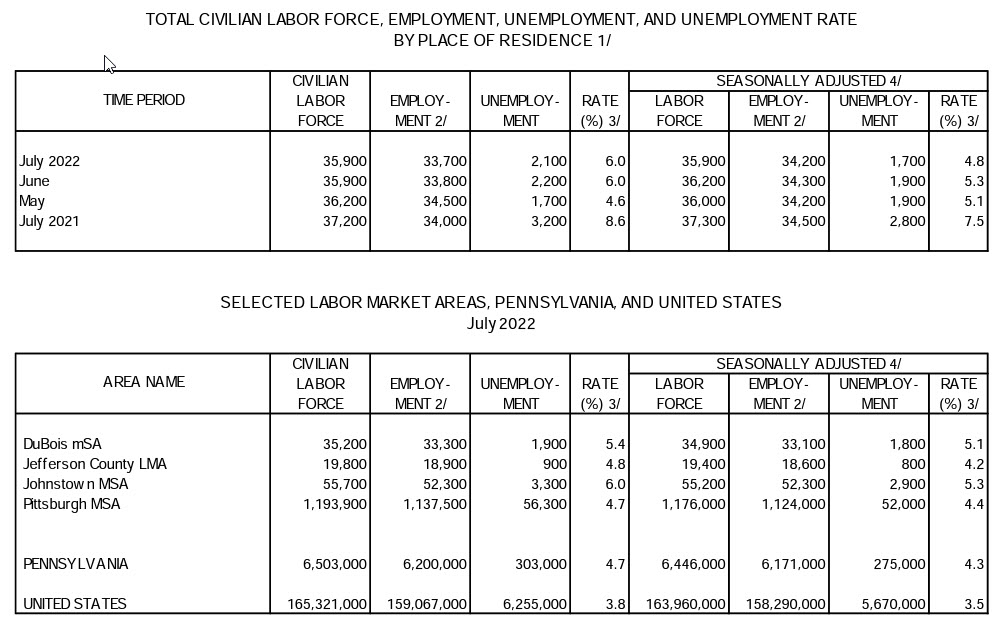