Indiana County is home to the company that built the electric motor for the Ford Fusion 999 that set a land-speed record for a hydrogen car.

A local company produces wire harnesses and cables for the heavily armored MRAP vehicles for the United States Army. 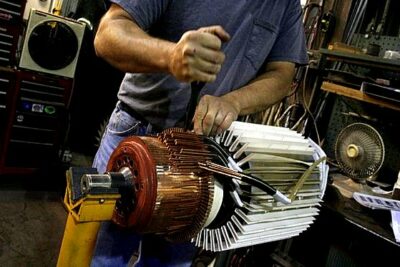 The coal regions of Central Pennsylvania were at one time the hub of a mighty industrial complex whose activities produced national and international reverberations as well as a domination of the regional economy. Often linked with major railroads and leading steel companies, the largest coal companies played pivotal roles in the industrialization of the United States.  In Indiana County “Coal Was King”!  In operation for more than 100 years, Rochester & Pittsburgh Coal Company (R&P) became one of the largest employers in Indiana County.

In the 1950’s and 1960’s an aggressive Indiana County Chamber of Commerce lured four manufacturing facilities to Indiana County:  Robertshaw Fulton Controls, Campus Sportswear, Fisher Scientific Co. and Season-All Industries.  Combined, the four employed as many as 2,500 during their peak production periods and fueled the prosperity the county enjoyed in the 1970’s and 1980’s.

The 1960s were bleak days for the coal industry. R&P was forced to close many of its operations.

Indiana County’s economy pivoted to a manufacturing climate, and these small, hi-tech manufacturers began to thrive.

The year 2000 ushered in the Marcellus shale as well as the promising Utica shale formations.  For several years Indiana County enjoyed the benefits of natural gas extraction and transmission.  At this point in time the natural gas industry has remained dormant.  There are those who say that the industry will return.

46%
of manufacturers feel their e-commerce challenges actively deter customers from returning and reordering.

The manufacturing economy has rebounded since the second quarter of 2020. In the latest quarterly Manufacturers’ Outlook Survey, conducted Aug. 14–28, 66.0% of respondents reported a positive outlook for their company in the third quarter, up from 33.9% in the second quarter. As such, positive sentiment in the manufacturing sector has nearly doubled since May, rebounding from the worst reading since the Great Recession, even as challenges persist and the outlook remains below the historical average of 74.4%. 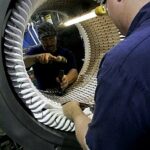 Visit the Tri-County Manufacturing Consortium to learn more about manufacturing and the resources available to companies and individuals interested in the industry.

The Future of Manufacturing

Increasingly the manufacturing focus at the national and state level is on strengthening the economic competitiveness of the United States. Terms such as “reshoring,” “additive manufacturing,” and “twentieth-first-century workforce” are top of mind as businesses, government, and communities strategize how to put the US at the forefront of innovation and production. One proposed solution will engage students, parents, and school administrators in conversations about the modern manfucturing industry and the many available career paths. And already collaborative teams made up of government leaders, research and academic partners, advisors, and industry specialists are applying their collective muscle to the task of overhauling manufacturing for the future.

In Indiana County, manufacturing was an especially significant part of the economic development of the county in the past and it promises to be so in the future. The “Big Picture” for the County includes both building on existing businesses and encouraging new or innovative companies to perfect their practices here in order to stimulate the manufacturing sector of the county.

In 2012 a large defense industry consultant firm chose Indiana County for its new headquarters and intends to encourage companies to locate in the County as part of its plan to act as a kind of “incubator” for the manufacturing sector here. The National Center for Defense Manufacturing and Machining (NCDMM) works with the defense industry and its contractors to streamline processes, increase economy, and train the workforce in new technologies. Read more about NCDMM on their website.